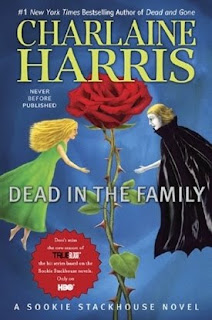 Charlaine Harris will be reading from her latest novel Dead in the Family at 7:30 p.m. on Thursday, May 13, at Town Hall. Tickets for this event are $5.00.

Whether you've read her books, or know her name primarily from the HBO hit series True Blood, Charlaine Harris has been feeding thousands of blood-thirsty fans with her Sookie Stackhouse Series of vampires, shape shifters, and the supernatural for almost a decade now. Some may consider Harris' "Sookieverse" to be the crack Twilight for adults, but regardless, Harris was dead on in thinking her readers may just need some vampires in their lives--before Meyer (who's plagued our rainforest with pilgrims) and the many others that have followed, trying to feed off of the current vampire sensation.

If you love True Blood but are yet to have read Harris' books, be prepared--you've got about a summer's worth (or more) of catching up to do--Dead in the Family is the 10th book in the Sookie Stackhouse Series and the show is still working from the third book in the upcoming season.

Having had her novels described as "cozies with teeth," Harris has seen almost all of her fantastical books soar to the top of the New York Times and USA Today bestseller lists and with the help of True Blood, her fan base is only growing larger. And honestly, like many others, we just can't seem to get enough of it all. For us, it's almost like a newer take on the Southern Grotesque genre that we love so dearly--this time only with vampires, more blood and guts, and the supernatural replacing a time of Calvinism, lynchings, and Jim Crow.

So Dead in The Family is the 10th book in the Southern Vampire/Sookie Stackhouse Series. What do you think about the latest book? Where is Sookie at in her life right now?

What do I think about the book? I think I'm glad it's finished! Yes, I have been busy the past few years, and I don't see it letting up much. Sookie, as always, is facing new challenges as the characters of the people around her become more and more clear under the stress and strain of the politics of the supernatural world.

Can fans look forward to more "Sookie" books in the future? Do you have an idea of how many more will be included in the series, or do you have a particular ending in sight?

I've signed for 13 books total, but I may extend that. I do know how the series will end.

The Sookie Stackhouse Series is set primarily in the South, where you are from as well. Did you plan on having the series take place in Louisiana because of your knowledge of the area or was it rather because you felt that the area fit the characters best?

A combination of those, plus Anne Rice had done such a great job with southern Louisiana, I felt it was time to give northern Louisiana its day in the sun. Or under the moon.

Much of your work as a genre writer revolves around mystery and fantasy. Do you primarily identify most with being a mystery writer?

Yes, I still think of myself as a mystery writer, because those are my roots. But I'm probably more of an urban fantasy writer now, though I actually write rural fantasy.

Can you explain the idea of the "Sookieverse" for new readers?

Sure. In Sookie's world, vampires have come out in the United States (and around the world) in an attempt to mainstream, as they call it. The vampires want to assimilate because they're tired of skulking in the shadows and they suppose they can make more money if they don't have to worry about being secretive. When my story opens in Dead Until Dark, the vampires have been out in the open for two years, and they're still trying to get the full rights of human citizens. 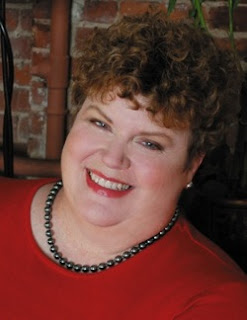 In the last couple years we've really seen the vampire craze heat up, but you seem to have been in the front of the pack, before Stephanie Meyer with the Twilight series and the others that followed. What do you think about this rise in popularity?

I'm delighted by it. Actually, I think it has a lot to do with the current obsession with perpetual youth.

Have you read Twilight? If so, did you think that there were similarities to your own work, or differences that you particularly liked?

Anytime writers have books about the same general topic - in this case, a young woman who dates a vampire - there are going to be some inevitable similarities. If people aren't comparing the Twilight books to my books, they're comparing my books to Laurell K. Hamilton's.

It sounds as if Alan Ball actually sought you out for the HBO series, rather than the other way around. Were you familiar with Ball's work before considering him as producer for True Blood? What was it about Ball or his work that stood out to you as a good partnership for bringing your series to the screen? (BTW, we LOVE Alan Ball and think it was an excellent choice.)

Alan did seek me out, or at least his agent called my agent, because he loved the books. I'd seen his work, of course, and I knew he was great at handling mixtures of horror, sex, blood, and humor. That's what my books are, and I knew he'd do a great job.

Are there parts or characters in True Blood that are not in the book series?

Sure, several. Jessica is strictly on the show, and Lafayette died pretty quickly in the books. Daphne was not in the books, either.

Are you currently or have you been working on any other stories besides the Sookie Stackhouse Series?

For several years I've been writing a series about Harper Connelly, a lightning struck woman who can find corpses, but I think I've finished the last Harper book. Later this year I hope to work on something completely new.
Posted by Seattle Lit at 10:00 AM