Author Elizabeth George on Helping Trillium Forest and Her Latest Mystery Novel, This Body of Death 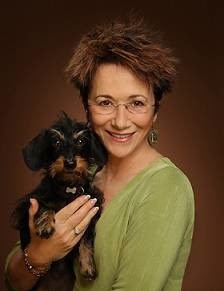 Not only have you been on tour for your latest mystery novel, This Body of Death, but you also recently donated $100,000 to help save Whidbey Island's Trillium Forest from being developed. Can you tell us more about that?

Trillium Forest comprises 664 acres of undeveloped second growth forest in the Greenbank area of Whidbey Island. It had been purchased by a developer, who intended to put houses on it, but luckily it fell into foreclosure. This made it available for purchase by the Whidbey and Camano Island Land Conservancy, the warrior group that is attempting to maintain the rural nature of Whidbey Island. I have long believed in the preservation of land. God ain't making any more of it, and once someone has poured concrete over it, it seldom comes back.

The Trillium Forest is Whidbey Island's largest remaining contiguous forest; are others in the community fighting to save the forest and donating money for the cause as well? Do you think that the Whidbey Camano Land Trust will be successful in reaching their goal of raising $4.2 million by June 10?

This is a large scale community effort. The sum needed is enormous. We're hopeful that people who are concerned about land use--no matter where they live--will become engaged by the idea that a piece of property this size could indeed be saved. Sometimes I think people say to themselves, "Well, I'm never going to go there for any reason, so how does this concern me?" when the truth of the matter is that land preservation concerns everyone who wants the planet to have a future that is connected to nature more than to corporate and individual profits.

You've encouraged fellow Whidbey Island authors and artists to join you in helping save Trillium Forest, have others followed suit? How can the general public donate money to help save the forest?

I believe a large number of artists are getting on the band wagon in any number of ways. We're having fundraisers in addition to asking for contributions, so if an individual doesn't have the funds to make a large donation, attendance at a fundraiser can help. Whidbey and Camano Island Land Trust has a website people can log onto to get information if they're interested in helping out.

You are originally from Southern California; what brought you to Whidbey Island and for how long now have you been living there?

I came to Whidbey Island because I wanted to live some place beautiful before I die and Southern California was definitely not it. I've been in Washington since 2005, on Whidbey since 2006. I love it here. Any time, any season, rain, shine, fog, snow, whatever. It's all good.

Many of your readers and colleagues first assume that you live in the U.K. since all of your novels are based there and the descriptions of the area are very accurate and detailed. What is it about the U.K. that originally inspired you to base your stories there and how do you go about your research for new novels?

I have a longtime interest in the UK that began in 1963 when the Beatles hit the shores of the US and everything associated with pop culture was suddenly British. My research is done on location, whatever the location of the novel is. If I'm writing about Cambridge University, the reader can rest assured I went there and took summer sessions and then went back when the regular session was on and spent time with a student, trailing her everywhere. It's the same for all my novels. If it's in the book, I saw it and experienced it. 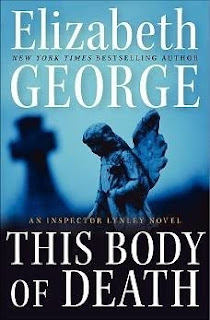 Your latest mystery novel, This Body of Death, is the 16th book in the Inspector Lynley novels, where is Thomas Lynley at in his life currently?

This novel brings Lynley back to work for New Scotland Yard. It's a deal that he makes with his superior officer to help out another officer in need. He's sort of tricked into it, but he realizes he's going to end up in policework anyway so now is as good as time as any to go back.

This Body of Death simultaneously tracks two brutal murder cases that occur in two different decades--one of which that was inspired by the tragic early 90s abduction and murder of toddler James Bulger and that was recently in the news again. What are your thoughts on the Bulger case and what was it about that particular case that motivated you to use it as a basis for your novel?

I was in England when James Bulger was murdered. Anyone there would probably say that those events left an indelible mark upon one. I followed the case closely thereafter and when I started thinking of my new novel, I thought of a series of what-ifs about the killers, returning to society years later. That was the jumping off point for the novel.

This Body of Death is partially set in the U.K.'s New Forest-an area in southern England with the largest remaining tracts of unenclosed pasture and forest in that country--would you say that this area for you is similar at all to the Trillium forest?

Gosh, no. It couldn't be less like anything on Whidbey Island or the Pacific Northwest, especially since the animals graze freely everywhere. Plus, there are no blackberries!

We see that you're currently working on a new novel featuring the Lake District of England, well known for being the area where fellow conservationist Beatrix Potter lived. And you've stated that the Lake District is what it is because of Potter; can you tell us more about that idea and the Lake District area? Will this new novel be a part of the Inspector Lynley series?

Beatrix Potter used her royalties to buy up land in the Lake District. Upon her death she turned the land over to the National Trust. Vast areas are thus untouched, and the Lake District remains a pristine area of natural beauty. Rather overrun by tourists at this point, I'm afraid, so I only go there when it's not the season. This new novel is part of the Lynley series. Even as we speak, Lynley is up there trying to talk Deborah St. James out of doing something that is going to infuriate her husband.

Do you ever see yourself writing a mystery novel that is set in the states?

I'm currently writing another novel along with the Lynley novel, and this is a young adult novel set on Whidbey Island. While there are mysterious elements to it, it's not a mystery.

Do you primarily read mystery novels when reading for enjoyment? Are there particular mystery writers that you feel have greatly influenced your work?

I do primarily read mystery novels when reading for enjoyment. If I've been influenced by anyone in my writing, it would have been by the wonderful women writers from the Golden Age of Mysteries in the UK: Dorothy L. Sayers, Margery Allingham, Ngaio Marsh, etc.

Can readers look forward to more of Inspector Lynley in the future? Do you have a particular ending in sight for the series?

Yes, there are more books to come and I do indeed have an ending in sight although not for a while.

To learn more about George and her latest Inspector Lynley novel, This Body of Death, check out her website. For further details or to donate money towards Whidbey Island's fight to save the Trillium Forest, visit savetheforestnow.org.
Posted by Seattle Lit at 10:00 AM