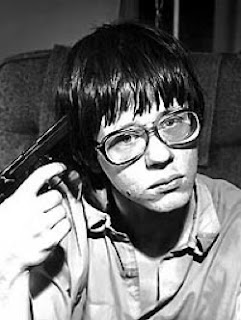 William T. Vollmann will be in town this week to read from his latest nonfiction book, Kissing the Mask, at both the Northwest African American Museum (7:00 p.m., Tuesday, April 6) and Third Place Books LFP (7:00 p.m., Wednesday, April 7). Both events are FREE.

We could not be more excited for William T. Vollmann's readings this week. We were first introduced to Vollmann's work a couple years ago and quickly became hooked--the man is seriously brilliant. The Stranger even goes as far as to refer to him as a genius, and we can't say that we disagree much.

Many may know Vollmann best for his widely talked about eccentricites--his obsession with prostitution, admitted crack smoking habits, lack of eyebrows, or even the fact that while writing his first novel You Bright and Risen Angels he slept under his office desk for almost a year and lived off of candy bars from the vending machine--we've all heard the stories; the miscellaneous quirks that make Vollmann stand out for better or worse.

Regardless, Vollmann has no shame and interviews like an open book; he's charming and humble, easy to love, yet quietly complicated. He's had a rough life, having witnessed both his sister drown as a child and a friend shot to death in front of him in a war zone as an adult. When people speak of Vollmann, you tend to hear words such as "ambitious,""fearless," "prolific," and "original." He has also been referred to by critics as "the dark horse of contemporary novelists."

Vollmann's work is incredibly fresh and innovative; he seems to know just exactly what we want to read about before we even know, ourselves. He's referred to himself in past interviews as a "hack journalist," but it's his journalism we tend to like most--the depth, and originality that we hadn't ever seen before his. Vollmann has a serious gift for observing the world through a unique filter and making sense of everything in new ways that no one else has yet touched upon. 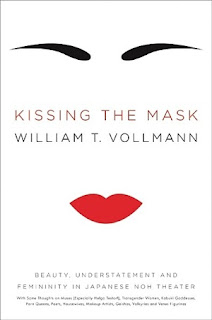 Kissing the Mask is the first American work to discuss the Noh Theater since Ezra Pound's 1916 classic study, Pisan Cantos and the Noh. The book is referred to as exploring "humanity’s conception of beauty itself... the enigma surrounding Noh theatre and the traditions that have made it such an important part of Japanese culture for centuries. Interviewing mask makers, players, geishas, and others involved in this extraordinary tradition, Vollmann works to extract from Noh’s intricate layers the secrets of staged femininity and the mystery of perceived, and expressed, beauty. "

Along with Kissing the Mask, Vollmann is the author of seven novels and three collections of stories, including Poor People, Riding Toward Everywhere, and the much-loved Europe Central--which won him the prestigious National Book Award back in 2005. Vollmann is also the author of the seven-volume, 3,352 page critique on violence, Rising Up and Rising Down--his own take on "when violence is justified and when it isn't." This ambitious masterpiece includes Vollmann's reporting on countries wrecked by havoc and violence such as Cambodia, Iraq, and Somalia, and was nominated for the National Book Critics Circle Award. 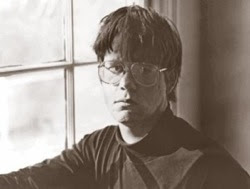 Vollmann has also written for many publications including Harper's, Playboy, The New York Times Book Review, and The New Yorker, among others. In 2008, he was given a five-year fellowship from the Strauss Living Award, which gives writers $50,000 a year, tax free. (Not something they would normally give to a "hack journalist," right?)

It's always hard to tell just exactly what Vollmann will tackle and take on next, since his subject matter and chosen place tend to vary immensely throughout the world. He's mentioned in interviews that there may be a book on abortion coming, titled The Shame of Our Youth, along with a study on court rape cases.

Regardless, like we said, this man knows just exactly what we want to read before even we do. And we have no doubt that whatever comes next will continue to blow our minds like everything else Vollmann does, including his latest, Kissing the Mask.
Posted by Seattle Lit at 10:19 AM