This Is Not The Story You Think It Is: How Laura Munson Saved Her Marriage and May Just Save Yours as Well 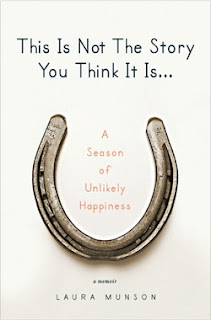 Laura Munson will be reading from her debut memoir, This Is Not The Story You Think It Is: A Season of Unlikely Happiness at Third Place Books on Tuesday, April 13, at 7 p.m. This event is FREE.

From the vague title alone, you're not really quite sure what you're getting yourself into when beginning Laura Munson's debut memoir, This Is Not The Story You Think It Is: A Season of Unlikely Happiness.

Written in the style of a diary, This Is Not The Story You Think It Is details the four-month journey of Munson's highs and lows in a time of marital crisis. Munson wrote the book in real time, and it's apparent throughout that even she is not quite sure how the story will actually end.

We first meet Munson at five a.m. on a Montana summer morning, where as if we were a close friend, she reveals to us,


"At this moment in my life, I am strangely serene. In fact, I may have never felt more calm. Or more freed. Or more certain that these things owe themselves to a simple choice: to accept life as it is. Even and especially when it really fucking sucks. Even and especially if my husband left last night to go to the dump after announcing that he isn't sure he loves me anymore... and nine hours later, still hasn't come back."

You can't help but read that paragraph without instantly thinking: OH. SHIT. Or more so, you can't help but imagine how you might react in that given situation--would you plead, cry for reconsideration? Throw plates and furiously scream back? Take your tire iron to your husband's Escalade Subaru in revenge?

Munson considers scenarios such as these, but the point is, she only considers them. She's doesn't let her emotions take over, or sob while pounding her fists on the floor (though she wants to) that "life is not fair." Instead, Munson chooses not to be a victim and takes a long hard look at her husband, herself, her marriage, and the options she may be faced with regardless of the outcome.

Laura Munson is choosing not to suffer. And rather than falling to pieces and screaming, "But I love you!" She looks her husband square in the eye and plainly states, "I don't buy it."

As a precursor to the full-length book, Munson wrote a much shorter essay in The New York Times' "Modern Love" column last July, "Those Aren't Fighting Words, Dear." Like the book, Munson details the four-month turbulence of her marriage and explains how her philosophy in handling the situation is similar to that of how a parent treats a child during a temper tantrum.


"Here’s a visual: Child throws a temper tantrum. Tries to hit his mother. But the mother doesn’t hit back, lecture or punish. Instead, she ducks. Then she tries to go about her business as if the tantrum isn’t happening. She doesn’t “reward” the tantrum. She simply doesn’t take the tantrum personally because, after all, it’s not about her.

"Let me be clear: I’m not saying my husband was throwing a child’s tantrum. No. He was in the grip of something else — a profound and far more troubling meltdown that comes not in childhood but in midlife, when we perceive that our personal trajectory is no longer arcing reliably upward as it once did. But I decided to respond the same way I’d responded to my children’s tantrums. And I kept responding to it that way. For four months." 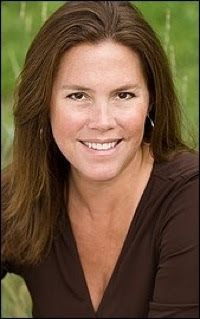 Munson's wisdom is truly "as old as the hills," yet can be seen as downright revolutionary. She acts as a martyr for her own marriage and holds it all together with such grace and strength--for us, her children, and mostly for her husband as he pulls himself out of a midlife crisis--even when she barely has the strength to go on. She rolls with every snide remark, intentionally hurtful act, and "sucker punch" with a bitten tongue. She lets her husband figure it out on his own.

Munson explains the key to a relationship, any relationship: "If you get out of someone's way, they will fight and they will kick, but eventually, there's nothing they can do but look at themselves and get real. Very, very real. Or totally self-combust in a life of lies. Or that dear opiate, denial."

And though she may be reeling on the inside, Munson takes what it means to be the "bigger person" to a whole new level for the entire summer, showing little reaction to her husband's disaffection. With a lot of self reflection and the help of her therapist, Munson comes to understand that a reaction--or "bait," as her therapist calls it--is exactly what he wants from her; someone else to freak out so he doesn't have to deal.

Munson gives an accurate portrayal of this "bait" in a trip to the lake where they are teaching their daughter how to water ski. Munson throws her daughter the rope, but not far enough and her husband throws a fit, citing how his friend's wives are so great at it.


"It's such bait. Because I want to say so much here. It want to say, Hey--I'd like to see what you do with a horse bridle. Or, Listen, dude--you have no right to assume I know how to do something just because you do.

"But I stay silent and practice not talking the bait--not being resentful. Letting it wash over me. Because when I say here, I am powerful. Very, very powerful. Take note of this. Let him have the middle-aged tantrum. Just be sure to duck!

Munson describes that through writing This Is Not The Story You Think It Is she has learned that it is possible to commit to non-suffering in a time of crisis, to let go of outcome, and to truly live in the moment as a way of survival, through which you can find freedom. She desensitizes the cultural myths that many of us know too well--that of living happily ever after, the idea of having your career success define your self-worth, and among others, that happiness or misery comes from things outside of your control. Overall, Munson strips away the emotional clutter and takes us back the beginning; she reminds us of the basics and of the principles behind our relationships.

When Munson's essay first appeared in the NYT "Modern Love" column, nobody was prepared for how quickly her words would spread like wildfire throughout the country. The essay was so popular in fact, that it single-handedly crashed the site; they had to shut down the comment section; it was the most emailed post of the day, and it remained as the most talked about, forwarded, shared, and debated Style section column for the rest of the year. Critic Lee Woodruff says, "I remember reading the essay and marveling at Laura's calm, her Ghandi-like reaction, the temerity to be able to stand there smiling when you've been slapped in the face."

Hundreds of comments poured in from all over the country. People were completely blown away--floored--with Munson's wisdom and her universal message of choosing not to suffer. Pastors were reading her essay during their Sunday sermons, therapists were passing it out to patients, book groups from all over the world were writing in to thank Munson, the essay was republished on Oprah's website.

This essay. An essay, coming from a woman who currently has fourteen unpublished books stacked in a closet that have been rejected time and time again since she is "a no-name from Montana." We have no doubt that This Is Not The Story You Think It Is will continue to inspire millions, like it has inspired us. This is not your typical Eat, Love, Pray or Under the Tuscan Sun book--there are no extravagant trips around the world involved--this is the story of staying put and listening to your instincts.

Munson's words will be sure to continue spreading like wildfire and might just save a handful of marriages along the way. We're looking forward to those fourteen other books; we have a feeling this is not the last time we'll be hearing from Laura Munson, and we could not be more excited for her future.
Posted by Seattle Lit at 11:00 AM

Labels: April '10 Lit Readings, Laura Munson, Third Place Books, This Is Not The Story You Think It is