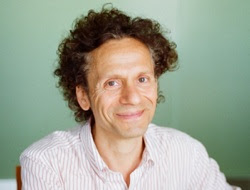 Hugh Raffles will be speaking at Town Hall tonight on his latest book, Insectopedia, at 7:30 p.m. Tickets are $5.

Though many of us don't think twice when taking a newspaper to an errant fly or killing a spider in the shower that was really that BIG, anthropology professor Hugh Raffles encourages us to stop and consider our decisions in his latest book, Insectopedia.

Insectopedia is organized alphabetically, similar to that of an encyclopedia, with one entry for each letter. Complete with essays, meditations, short vignettes, and plenty of Raffles' miscellaneous musings, Insectopedia explores themes of history and science, travel and anthropology, economics, pop culture, and philosophy that shows the impact that insects have in our lives and that of which that we have in theirs. 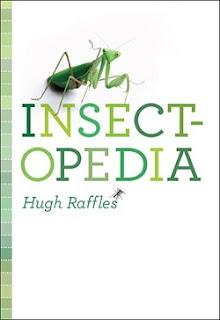 With entry titles such as "Kafka," "Sex," "Chernobyl," and "Zen and the Art of Zzz's," Raffles expertly creates a well-rounded story on the relationship that we humans have with our much smaller counterparts. Our fears, phobias, love, and obsessions--even our sexual fetishes--that are triggered by insects. By far, Insectopedia is not your average dry science read that you may have studied while growing up.

Raffles became interested in learning more about insects after writing about a small community in the Brazilian Amazon, detailed in his book, In Amazonia: A Natural History.  On his new-found insect obsession, Raffles states,


"...since I started researching this book a few years ago, I’ve become completely obsessed by insects and our relationships with them. Now they seem like the most amazing creatures. But before that, they were around me but weren’t something I paid that much attention to unless they were biting me or invading my apartment.

For a long time though, I’ve been interested in the connections between people and animals of all types. And I’ve thought a lot about what other worlds exist alongside the ones that we people live in. Most of these worlds are invisible to us. To give an example: we usually assume that time is a universal measure that everyone experiences in more or less similar ways. But it seems likely that other animals’ experience of time is completely different from ours--that for them, their short lives might actually last a very long time."

Raffles explains that he chose to organize Insectopedia alphabetically not only for the reason that he enjoys encyclopedias, but as well to poke fun at them--"the vanity of the idea that it’s possible to know everything, and then possible to collect all that knowledge in one place." Raffles says. While working on the book, Raffles admits that it was hard at times to write in such a constraining manner, but that it also gave him the freedom to get creative with the entries and learn about many different ideas regarding insects.

Throughout Insectopedia, we learn about a wide array of insects, famous and infamous, and visit many different times and places all over the world, including 11th century Japan, 16th century Prague, 19th century France, modern-day China, Niger, and Florence.

In "Chernobyl," we meet an artist, Cornelia Hess-Honegger, who creates detailed scientific drawings of insects from Ticino, Switzerland that were mutated from the released radiation in Chernobyl. Another excellent chapter, "Air," includes a story of a ballooning spider that was found flying at 15,00 feet up in the sky, "probably the highest elevation at which any specimen has ever been taken." Raffles even tackles the topic of insect homosexuality in "The Quality of Queerness is Not Strange Enough."

So what DOES Raffles think about swatting that pestering fly or killing a big, hairy spider? Well, he'd probably tell you to reconsider, and shoo them out the door or window instead. Raffles considers the idea of humans killing insects to be the most bizarre and universal discovery he had made while writing Insectopedia:


"The more I’ve learned about insects and the more amazing they’ve become to me, the more strange it seems that we kill them without the least thought. Elias Canetti said that insects are 'outlaws' because they are the only living beings which we kill with absolutely no moral qualms--think of Obama and the fly he swatted during that CNBC interview. What did he say? Something like 'Got you, sucker!' That seems pretty bizarre to me and, unfortunately, more or less universal!"

Below is an excellent video of Raffles speaking on Insectopedia for those hoping to learn more about "a bug's life," Raffles' insect adventures, and his passion for our smallest fuzzy friends. Raffles appearance tonight at Town Hall is a part of the Seattle Science Lectures, with Pacific Science Center and University Book Store.